(My first article published at The Federalist)

October was chock full of political drama, so I can understand how you might have missed that it was also Pastor Appreciation Month. Republic death throes notwithstanding, our church surprised each of our elders and pastors with as much appreciation as we tired voters could muster.

Because all anyone can talk about is sexism, I am happy to report there was not a woman among those elders. Not one.

I am an enthusiastic supporter of male-only elders—those responsible for leading the church, preaching, overseeing the care of their members, and protecting the congregation from bad doctrine. Is it because I think that women are incapable of leadership? Well, I know one woman who is.

Do I support male-only pastors and elders because I think women lack intelligence, organization, or the capacity for biblical 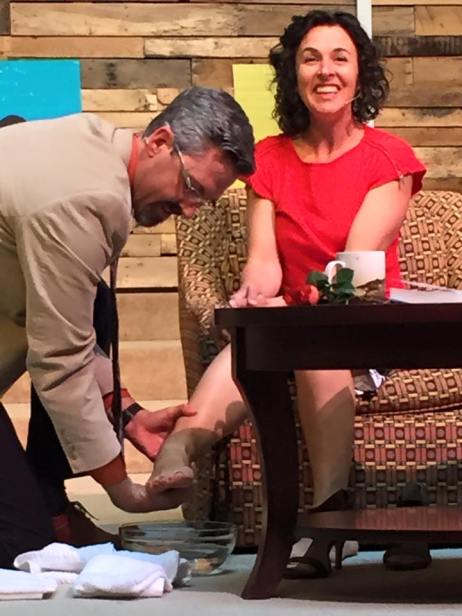 knowledge? The Apostle Paul would respond to such nonsense with a hearty “Meh genoito!” or, as the kids these days would text, “ohn.” I know plenty of women who are incredible leaders and gifted speakers who can expound, exegete, and exhort as well as Keller or Piper, Pratt or Chan. But I don’t believe those gifted women should be lead pastors of the local church.

Today many denominations are falling all over themselves to fit into the current progressive mold and declare that the Bible celebrates female pastors. They do so under the mistaken assumption that for men and women to have equal value, they must have equal roles, and they eisegete scripture accordingly. This pedestrian interpretation of equality misses the whole concept of the Godhead in which Father, Son, and Holy Spirit each have distinct roles and responsibilities, yet are all equally God and worthy of worship.

If a church is going to use such creative license with biblical truth, they might as well ignore other uncomfortable scriptures. Indeed, many churches who ordain women find it’s a gateway for compromise on a host of other morally demanding doctrines. While I believe the most biblical position prohibits women as elders and pastors, here I’ll try to outline a more pragmatic argument.

Continue reading at The Federalist…