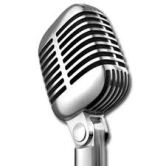 The purpose of this Blog is two-fold.

First, I want to debunk the perception that those opposing gay marriage do so only because they are hateful, fearful (homophobic) or ignorant (they have never met or loved a gay person).

The mainstream media presents a highly stigmatized image of conservative Christians and those who oppose gay marriage.  Personally, my main source of news is NPR to whom I have tried to give the benefit of the doubt for years.  But recently I have come to terms with the reality that they have taken sides and must simply be choosing to present a distorted view of gay marriage opponents.  Below is an excerpt of a letter I wrote to NPR during a recent pledge drive:

I love you.  I depend on you.  I am thankful for you.  That said, very seldom do I feel like you represent my point of view well.  I am an evangelical, and a conservative.  Most of the time it seems that your reporting, if presenting my view at all, will portray a shallow or stigmatized portrait of those with whom I agree.  You will devote entire programs or segments to highlighting or understanding my “opponents” standpoint- often filled with articulate, caring supporters- while giving a short rebuttal from a seemingly uneducated/ blindly intolerant dissenter, if any.  It seems so plainly slanted.  When I talk with my democratic or liberal friends who also listen to NPR, they feel like they hear their view on gay marriage represented accurately and regularly.  I can hardly think of one example where that is the case for me.

Like most news outlets, NPR provides a strong picture of the human side of the pro-gay marriage viewpoint, while perpetuating the stereotype that opponents or gay marriage are dogmatic and hateful.

And it isn’t just the news.  When was the last time that you saw an evangelical portrayed positively in any mainstream media venue?  The answer to that question is hardly ever- or never.  (Our TV viewing is limited to Bronco games, library movies and borrowed episodes of ‘Monk,’ so maybe there has been a positive representation that I’m not aware of.)  Now, when was the last time you saw the liberal pro-gay character portrayed positively?  My guess is nearly every day on every channel.

So the first purpose of this Blog is to give you at least one picture of an evangelical and what she really believes.

The second purpose is to give examples and direction to the church on how to act Biblically on this subject.

In the past few years as this debate has raged within the culture and within our own churches, I see very few people who walk the Biblical line of truth and love.  The pro-gay marriage camp is organized, zealous and bursting with eloquent spokesmen.  Where are our examples?  Who are we to emulate?  The only options I see are those who either have forsaken truth for “tolerance,” or those with such a death-grip on the fact that this is a “sin” that they have closed their hearts to their gay neighbors.  My sisters and brothers, both of those roads lead to death.  The first to the death of Christ’s lordship, the second to the death of His love.

True Christianity opposes the narrative that same-sex behavior is condoned by scripture.  True Christianity will also be the first to sacrifice and serve their gay neighbors and family members.  Hopefully this Blog will put flesh on those principles and help us to live them out.

To the gay or pro-gay marriage reader: In this Blog I will strive to honor your dignity and humanity, the recognition that you, as much as I, are made in the image of God.  If you ever feel that I have over-simplified your story or have not conveyed a heart of love for you, please write to me so I can repent to you personally.

To the Christian reader: Scripture alone is our authority.  God’s Word is to inform every thought, word and deed.  In this Blog I will strive to represent the whole counsel of scripture.  God expects us to be wise as serpents and gentle as doves- so let’s understand what God’s Word says and WHY, and then take His love to all.

42 thoughts on “What is the purpose of this Blog?”