Over a decade ago I began to seriously investigate what “makes” a person gay.  Because there were people that I loved and with whom I was in community, I wanted a deeper understanding of where they were coming from.  I thought that there were two options- genetics or choice. At the time, from the pro-gay marriage 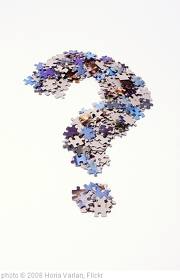 camp I heard the declaration that it was all biology.  From the Christian world I heard “it’s clearly a choice that they’re making.”  The former was reinforced by the “gay gene” that was discovered in the late 90s and then debunked.  The latter because of the premise that God wouldn’t make someone gay and then call it a sin.  So clearly it was a choice.  The objection to the latter point has been echoed through conversations with friends and in much of the literature that I’ve read: “Why would I ever choose to be attracted to another woman?  These feeling are unwanted.”

As I write, I recognize that some bristle at the very question of “what causes same-sex attraction?”  Some may respond “Nothing ‘caused’ this.  It’s who I am!”  And yet, the gay friends that have honored me by sharing their story with me have all gone through a period where they asked themselves this very question, whether or not they feel they have found an answer.

If you find anyone who says they “know” what causes same-sex attraction, they don’t.  Maybe they have an idea about why they are, maybe they feel they are born that way, but unbiased research does not point to any indisputable conclusion.  What is clear is that many people who are gay have some similarities in their life story– very few of which are “chosen” by them.  Several factors that seem to surface within studies and throughout the personal testimony of many gays follow:

A typical story may go something like this: a boy is born more “sensitive” than his brothers.  He has a tender heart, loves to please and may avoid conflict.  As a result, he may be excluded by his same-sex peers (which is exceptionally painful for anyone.)  Perhaps he has a father or other significant male figure in his life who says “why do you like to play with dolls?  Only girls like dolls,” or who makes him feel like he doesn’t belong.  Maybe because of the isolation or because he is less likely to fight back he is taken advantage of by an older cousin, or other man.  (I once heard a group of gay men say that within their community, the average age of first sexual experience was SEVEN.)  This boy continues to be rejected by his male peers in high school. (I remember watching a friend, who later identified as gay, be mercilessly teased and sometimes tormented by other guys in high school.  His solace was with us, the girls- perhaps further reinforcing that he was something “other.”)  And then, as many researchers posit, this boy’s legitimate, unmet, emotional hunger for male companionship and acceptance becomes sexualized when puberty hits and he chooses to act on his proclivities. Looking back, the boy may say “I always knew I was gay.”

While there is NO formula for being gay (some people experience all of the above factors and are straight, some experience few of the above factors and are gay) the aforementioned scenario is not uncommon.  I have heard echoes of this sequence from several gay men personally and read similar stories/blogs.  That gay teens are ostracized and bullied is all over the news these days.  Their struggle is real.  Is there a possibility that the rejection of their gender– typified by their exclusion from their same-gendered peers– actually contributes to their same-sex attraction?  Excruciating and possible.

Honestly, at the heart of any non-simplistic discussion about homosexuality is the issue of gender.  What does it mean to be a man or a woman?  What is the value/significance of gender?  What results from a strong gender-identity?  These are hot topics in 2012 and involve limitless opinions and conclusions.  Some in the emerging left would say that gender isn’t fixed, that we are not determined by gender but rather we “perform” gender.  Some conclude that there really isn’t much difference between men and women.  Others say that there is a sexual and gender spectrum and that you can fall into different places on that spectrum at different times in your life.

I say that like race and age, gender is a sacred mark of who we are and foundational to self-esteem.  Being comfortable and confident in your race, age, and gender are important pieces in celebrating our individuality.  Beyond genitalia and sexual “orientation,” there are male/female differences in brain function, ocular differences, and social expression, among others.  These distinctions aren’t indicative of value.  Being secure in your masculinity or femininity, whether or not you fit into the traditional gender stereotypes, is an important emotional piece of both childhood and adulthood.  I’m enjoying reading Secure Daughters, Confident Sons by Glenn T. Stanton.  It goes beyond the typical distinctions (boys like sports and rockets, girls like sewing and dancing) to the core of our dissimilar emotional and developmental needs which are wondrous and beautiful. Both mothers and fathers play a significant, distinct, and unique role in the development of a child’s self-esteem and gender identity.  (More about this in “You’re only against gay marriage because of your religion- Part 2 Parent Gender is Relevant”) But when those legitimate God-given needs are not met, there can be personal fallout manifest in various ways.

Here’s my personal conclusion: people are not “born gay.”  I think that biology may play a role, but not necessarily a definitive role. I think social and emotional brokenness (hurt, rejection, trauma) contributes strongly to same-sex attraction.  I think that experiences and choice play a part in “orientation.”  I say “orientation” because it’s unlikely that someone’s sexuality is fixed from a young age, but rather becomes inflexible after being repeatedly reinforced (known as “neuro-pathways”) by choice and experience.  You can disagree with me, but these deductions fit the individual stories of many who identify as gay and are supported by what little we know scientifically about homosexuality.

If homosexuality is cultivated by layers of social and emotional brokenness, it should drive us to lovingly listen listen listen to our gay friends and family.  It should cause us to reel in those youth who are struggling with broken relationships at home or at school.  It should motivate us as grown women to make every effort to seek out and embrace the “tom-boy” girl and for older men to affirm the little boy who can’t stand football but who loves to sing.  It should prompt us to teach our children to include and stand up for others in their school, especially if they’re getting picked on.  It should also lead us to do an honest self-inventory and seek forgiveness if we have possibly contributed to a gay person’s (or ANY person’s) brokenness.