What began as a sensational little tidbit in The Daily Beast now, predictably, has fueled Christian-hating bloggers to gleefully announce “Latest trend in Christianity: Beating Your Wife for Jesus” and “Hot New Trend: Spanking for Jesus.”  Until two days ago, I had never heard of this miniscule subculture that practices what they term “Christian Domestic Discipline.”  Supposedly, CDD calls for complete, forced submission of wives to their husbands who can discipline them through various forms of corporal punishment for breaking any of 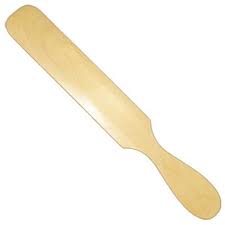 In all seriousness, I couldn’t read through any of the details about this “practice” without feeling nauseated.  I am aware of no verse in scripture (because there is none) which prescribes that a husband “discipline” his wife.  (You CAN find it in the Quran however. I excitedly await these bloggers’ diatribes on the evils of Islam. But I digress.) In the Bible, Paul speaks on how “The wife does not have authority over her own body but yields it to her husband. In the same way, the husband does not have authority over his own body but yields it to his wife.”  (1 Cor 7:4)  While scripture prescribes headship of the family to husbands, the form of that headship is leadership coupled with sacrifice and servant hood.   (Col 3:19, 1 Peter 3:7, Eph 5:33)  When scripture speaks of submission, both in terms of our submission to Christ and that of a wife to her husband, it is always voluntary, and therefore an act of love.  Any “Christian” that advocates for some kind of forced submission should confronted by every biblically-literate believer (and a paddle).

The glaring issue with these bloggers labeling CDD a “new trend” in Christianity is that they would like for you to believe that this is somehow accepted by the mainstream faithful. What a low opinion these people must have of your intellect. It is akin to your friendly Bigot using the example of gay men leading their partner around by a chain threaded through his nose as something that mainstream gays and lesbians embrace.  Neither of these subcultures reflects the majority within those groups.

Mostly this mischaracterization is a transparent and pathetic attempt to smear Christians by painting the faithful with the brush of the crazy few. Are we really that stupid? Is there any intellectual honesty amongst such anti-Christian types or are they just void of reason? This kind of sensationalism undermines their limited at best credibility. New trend. Please. There are Christians everywhere. Are you seeing a bunch of Christian women bruised and battered on their way to church these days? Me either. And I can assure you, there is plenty of “disobedience” afoot.

12 thoughts on ““Spanking For Jesus””