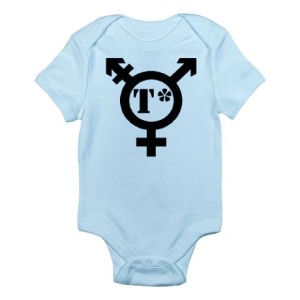 These words don’t belong in the same sentence.

The “Transitioning Ryland Whittington” story smells to me a whole lot like The Next Thing and they are going to use a sweet, innocent child as the symbol for the campaign. After all, what is left for the cause crusading junkie?

So who’s next? I’ll tell you who. The crusaders have scouted about for the next group to make a victim of intolerance in order to rush in and save them. This new group is the Transgender crowd. By save, of course, I mean paint everyone who thinks that gender is not fluid as intolerant… We all know the drill, agree or be outcast.

While I watched this mini-documentary on Ryland’s short, but now irrevocably famous life, I was transported to a quiet morning last summer.  (Insert appropriate flashback soundtrack of your choosing here.)

I was having some coffee at the local stand. It has a quaint little shaded area with tables and chairs, you see it. Up saunters the mother of my daughters BEST school chum. She joins me and we start to chat about all the things mothers chat about. It is one of our first real conversational encounters beyond “how’s the weather?” so we are sizing one another up a bit. I sure do like her. As I am also tremendously likable, I am sure the feeling is mutual. After awhile the mood distinctly changes and our conversation takes on a seriousness. In the minutes following, my cushy rug is yanked out from under me because apparently my daughters bestie is not a girl. She is a boy.

I am hard to shock.
I ALWAYS have something to say.
But this time? Nothing. I’ve got nothing.

I clumsily attempted to ask questions in a delicate way while trying to cover the fact that I was completely stunned and that my heart was absolutely breaking for this woman. She told me that she and her husband just wanted to have a happy child and that they had tried everything to illuminate the emotional issues that their son was suffering. Accepting that their son felt more comfortable as a girl and to allow him to pretend to be one was the most difficult decision they have ever had to face. I could see the anguish in her face when she described the unfolding of the journey that lead to this revelation and the toll it had taken on her marriage and family. This was not a happy, “He just wanted to be a girl so HUZZAH! Let’s make a mini-doc and seek public recognition, maybe even get an award!!” Nope. No award night for this family. This was a gut wrenching odyssey of desperately trying to figure out why their son was so hopelessly unhappy.

How could I feel anything but compassion for this fellow mother? I had not walked in her shoes. These parents were desperate. Desperate to save their sweet child from despair. To stop his suffering. I. Get. It. I am not going to judge her. They just wanted their child to be happy.

But there was one thing that she said that stuck out in my mind.

She said, “He was different from the very beginning” and “He was a very miserable baby”.

How would a baby be railing against their born sex as an infant? There was a problem from the beginning. I believe that problem is neurological and the trendy and erroneous diagnosis for this particular confused wiring is transgenderism.

Have you ever heard of Body Integrity Identity Disorder? It is an illness in which someone believes they would be “complete” if only they were an amputee. It is theorized that there is a neurological fault of the brains inner mapping function which is located in the parietal lobe. People with this mental illness will apparently do horrible damage to themselves in order to force an amputation of a limb. So do we make the accepted treatment for this mental illness dismembering sufferers? Do we make their body fit their mind? For me that is a pretty damned easy no. What happens if a treatment, or even a cure, is found? No putting the leg back. In this situation we treat the mind. We right the mind, if at all possible, so the mind reflects the reality of the body.

Why would we not do this with transgenderism? Is it because it has to do with sex? Because the gay mafia doesn’t want even a whisper that such a thing might be a neurological defect? Little Ryland DID get the Harvey Milk award after all, and from what I recall Milk was not a transgendered individual. And, while we’re at it, why exactly are same sex attraction and transgenderism so closely linked? Not all transgendered people are gay.

I have not shared the truth about her friend with my daughter and I am growing weary from the tiptoeing around the subject of why her friend cannot be invited for a sleep over. I asked her recently what she and her friend do at recess. Do they play together?

“No, she is always running around playing with the boys.”

I would not have made the same decision these parents did. Hard as it might be to wrestle with, I believe catering to the misapprehensions of the mind is to temporarily bandaid underlying neurological disorders. My opinion of their decision, however, does not change my desire to be in a relationship with this family. If anything, I want to be a person this mom can be real with. Really messy, raw and vulnerable with.  The Whittington’s? Not so much.

Ryland Whittington is a toddler, far from the age of reason. She proclaims she is a boy at the very learned and enlightened age of three. She wants to do “boy” stuff. Her parents insist she wasn’t interested in “feminine” things. Wait, what? That sure is an awfully sexist concept from these evolved, enlightened and tolerant folks. Who decides what is feminine or masculine? We are all individuals and there are billions of ways to be a girl or a boy. Ryland says she is a boy. The proper response is: no you’re not baby, you’re a girl. Because she is. She is also a toddler. Toddlers take their cues from their parents. The parents in this case are those that make seven minute videos about their/her (no wait his?) beautiful story. These are also parents that revere an organization set up to honor Harvey Milk, a man who engaged in statutory rape with drug addled minors.

I don’t believe Ryland and my daughters bestie are the same story. I believe my daughters friends family have the best intentions and want the best for their son, I simply disagree with their decision. They maintain their child’s privacy and do not parade him about proclaiming how enlightened and forward thinking they are. Ryland’s parents? Well. They seem to be enjoying the trendy spotlight at the expense of their daughter because they appear to be crusade junkies first and parents…well…somewhere further down on the list.

It is the trendy diagnosis that these children have in common. It bothers me very much to see a little person objectified, using words that are clearly not hers, to further a political agenda. Ryland is a toddler. What happens if little Ryland is just going through a long phase? She has now been assigned a role. Her parents are invested. She HAS AN AWARD for goodness sake. That’s a lot of pressure to put on a five year old.

What happens if Ryland does indeed decide to pretend she is a boy for a lifetime but would like it to be a private matter like my daughters friend? Can’t un-ring this very public bell.

We can disagree on the subject of Transgenderism. But can we at least agree that using children in this manner is wholly unacceptable?